This example demonstrates the usage of orthogonal states as well as of forking and joining synchronization nodes. For more details, please also refer to our documentation.

YAKINDU Statechart Tools allows to specify orthogonal regions that are executed virtually concurrently. Orthogonal regions can be modeled either on top level, or within a composite state (or subdiagram). They allow to describe that the modeled system can be in multiple states simultaneously.

Let's take the simplified example of a keyboard controller. The user can enable caps lock and num lock. These are two independent functionalities, and the keyboard can have both enabled at the same time. 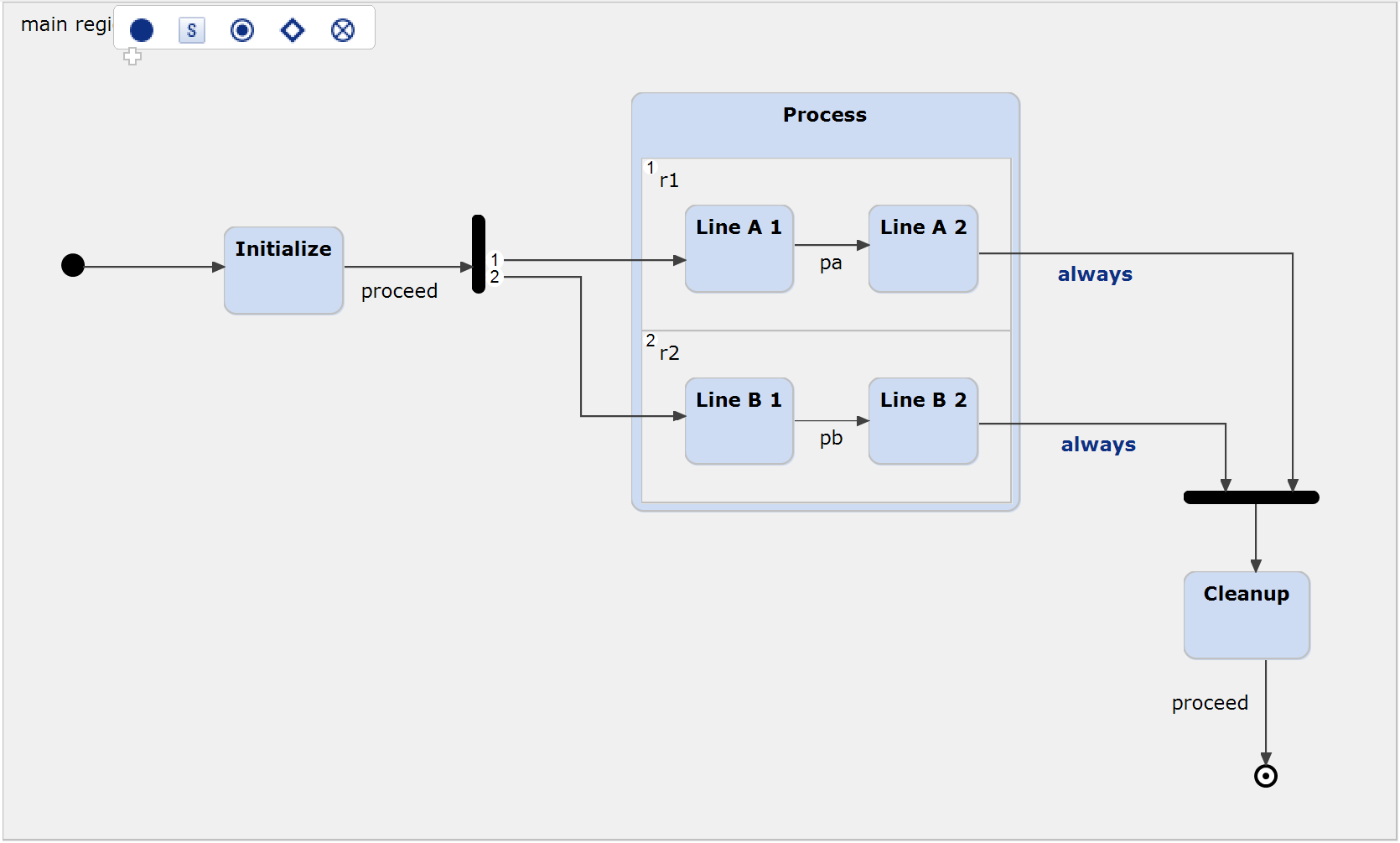