This example demonstrates how to generate Python code from a statechart. We will use a simple light switch example and focus on the generator model.

The new generator model will look similar to this one:

The generator model defines where the code should be generated into, and enables the generation of a default timer service. Besides setting up the target location, the generator model allows you to adjust several aspects of the generated code like naming, license comments or function inlining. Press [CTRL]+[SPACE] to get a list of available features. For more information, please refer to our documentation. 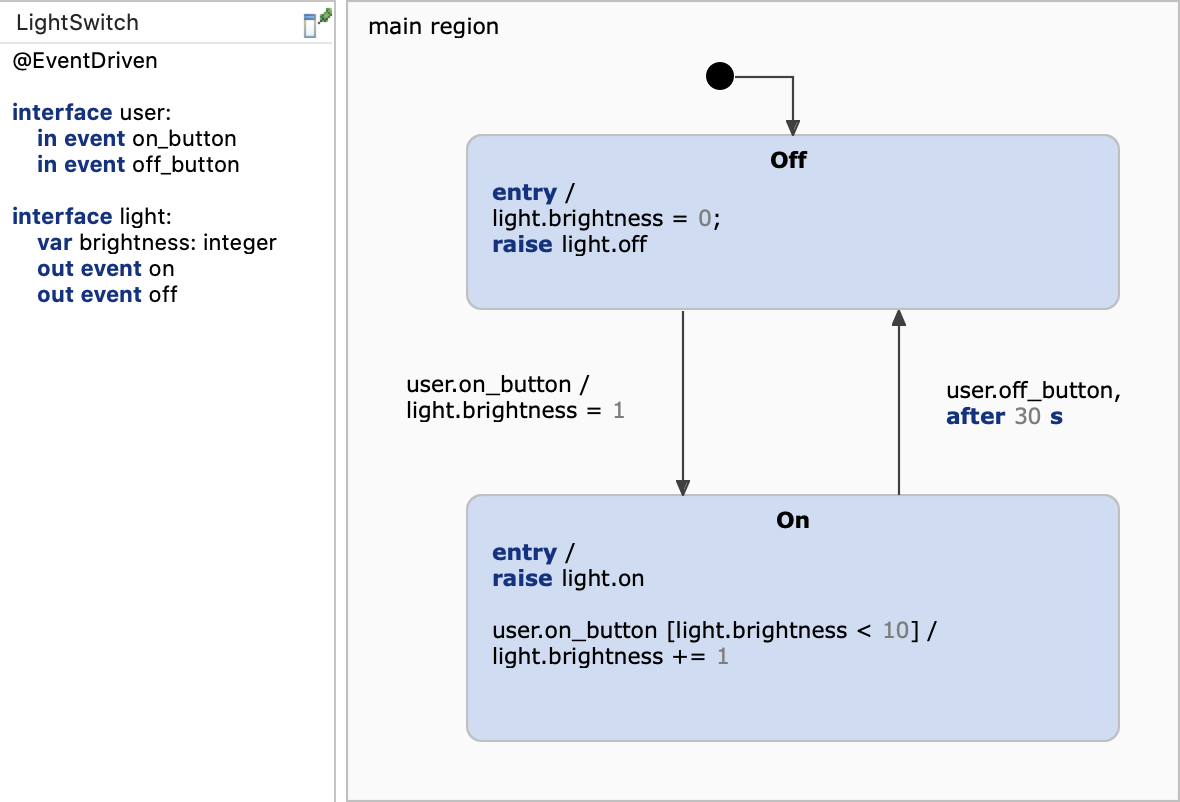 Our application is a simple interactive console with which the user can switch the light on or off. The complete application code is implemented in main.py: 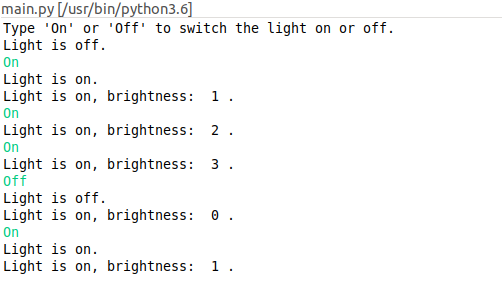