This example demonstrates how to generate C++ code for a multi state machine scenario and how to set everything up in the application code. As example, we will use a light controller that controls two lights. The controller as well as the lights are defined by state machines that communicate with each other by the means of events. 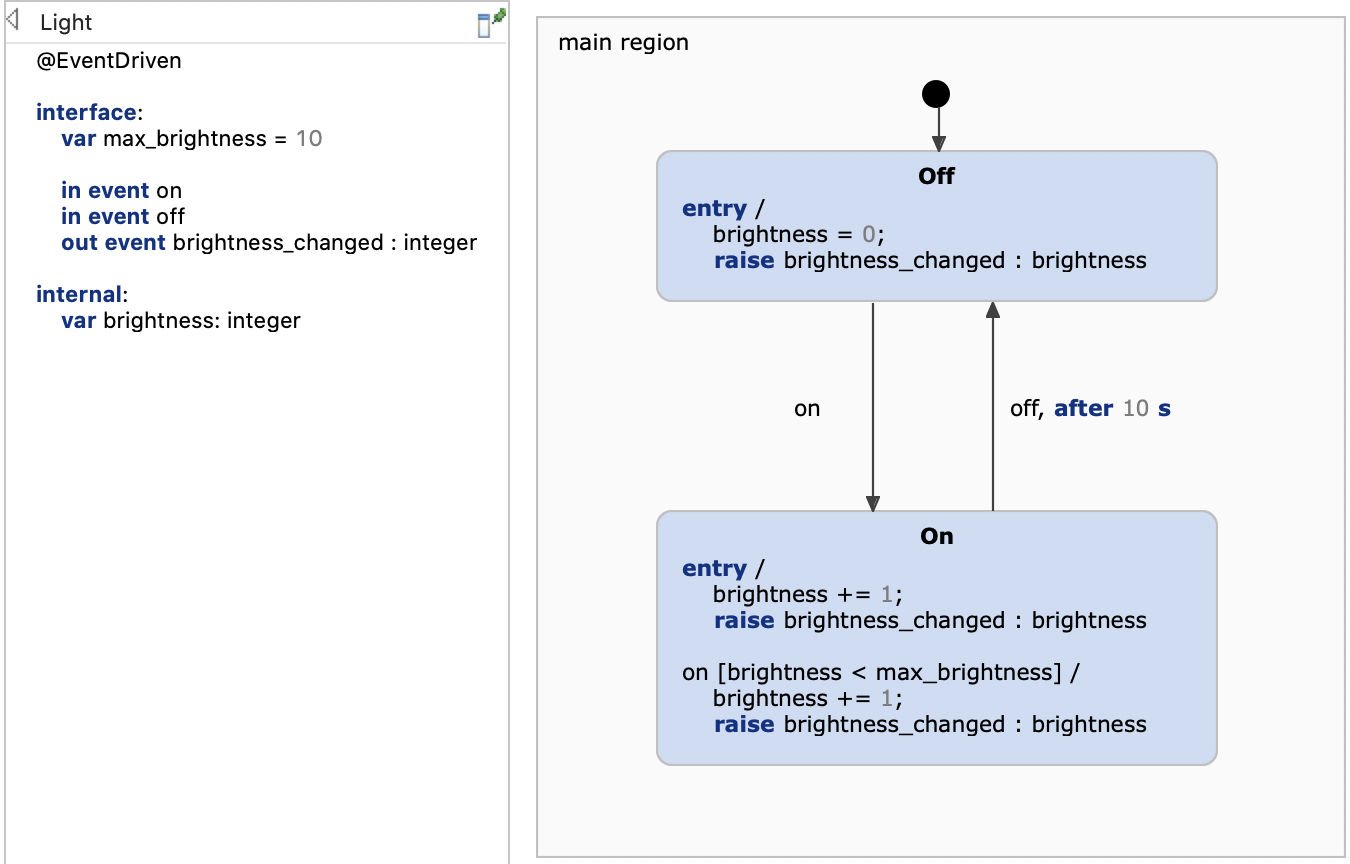 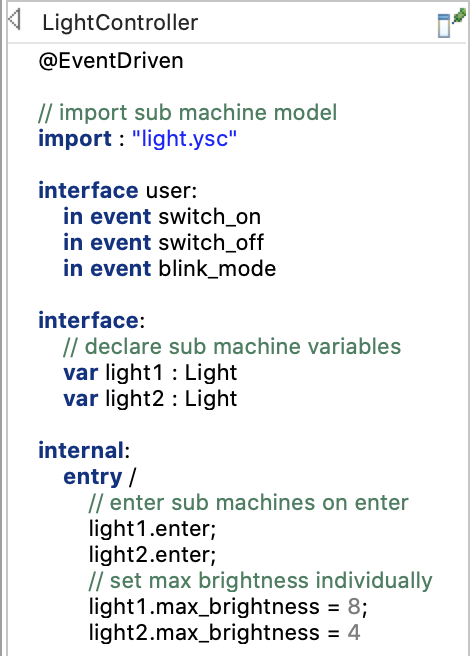 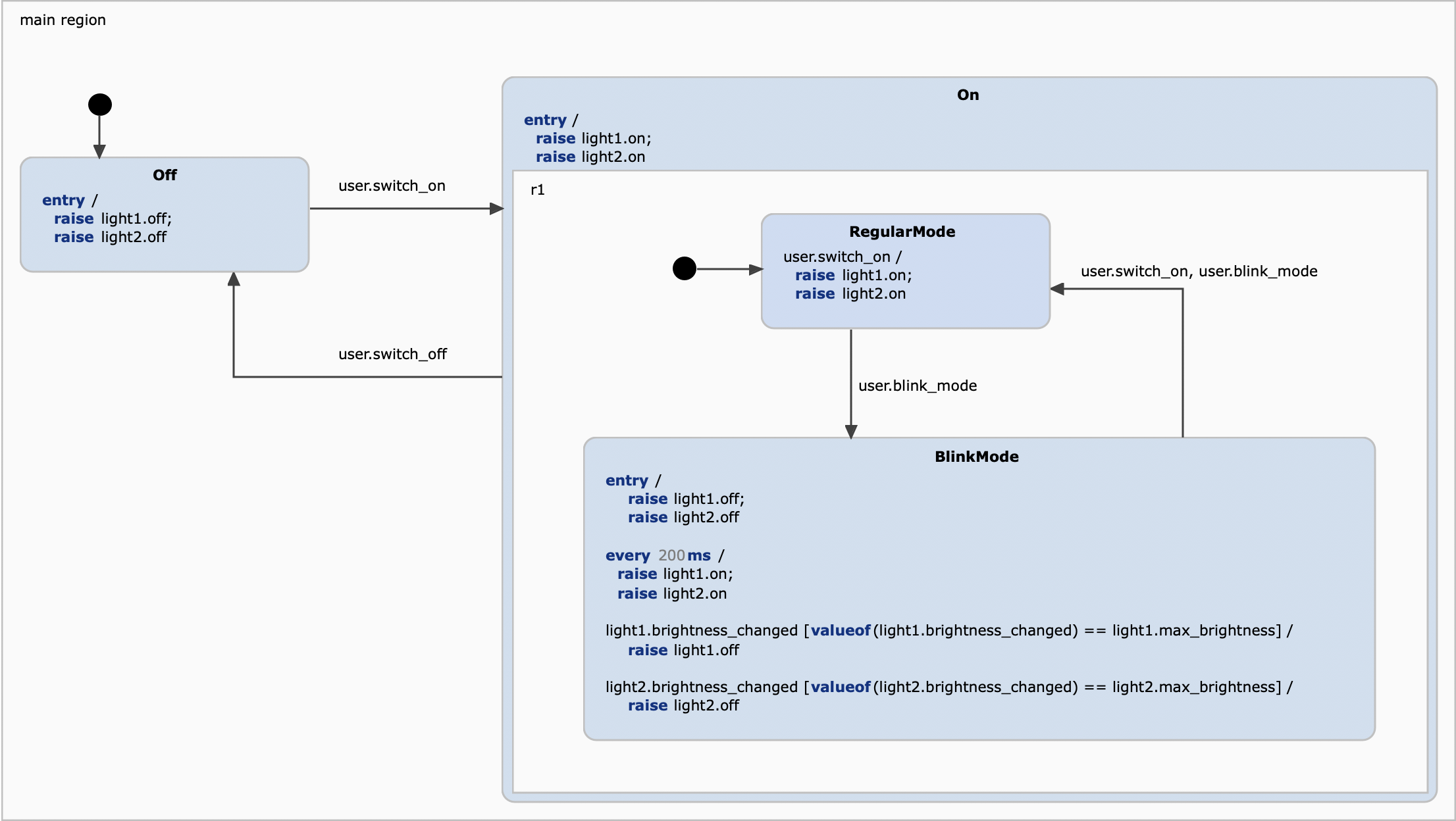 Our application is a simple interactive console with which the user can switch the lights on or off as well as toggle the blink mode. The complete application code is implemented in main.cpp:

The most important parts are commented in the main.cpp file. These are the bullet points:

You can run the application with Run As -> Local C/C++ Application on the main.cpp file. A console should open and ask you for input like in the screenshot below. 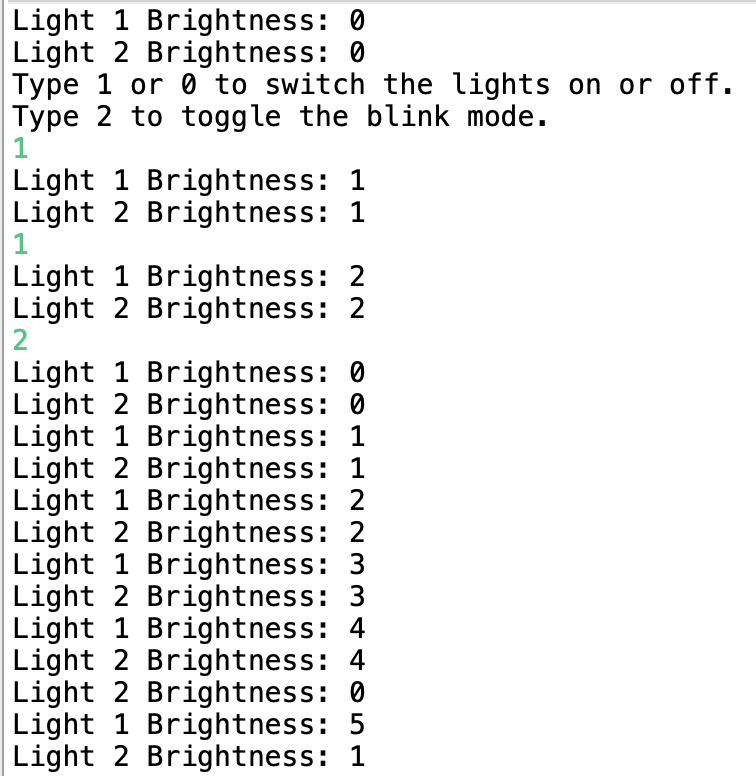