This is a example for the deep C++ integration of YAKINDU statecharts. It shows how C++ classes can be used as variables and is based on the C example: 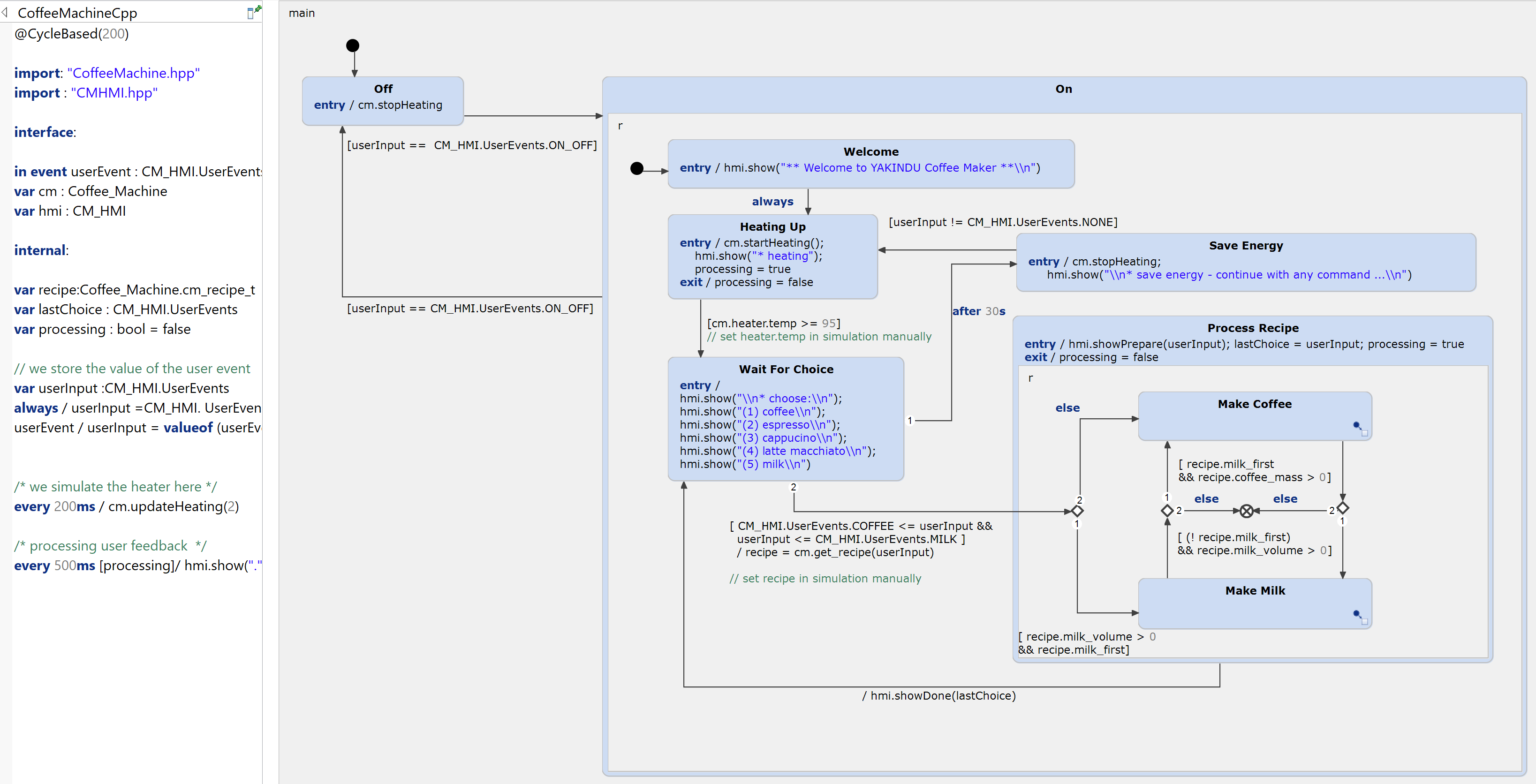 The statechart consists of two major states "ON" and "OFF". The "ON" state is a composite state with several substates and substate machines for the different modes.

Imported classes can be referenced by declaring a variable and using the class as the type of it. Within the example two classes are referenced:

They can be used to access members of the class, like functions, variables, typedefs, etc. For example the class Coffe_Machine, which is declared as the variable cm, includes a function called stop heating: 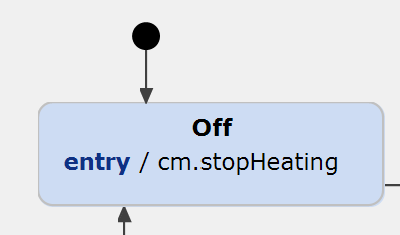 The declared variables can be used and changed in the simulation view. 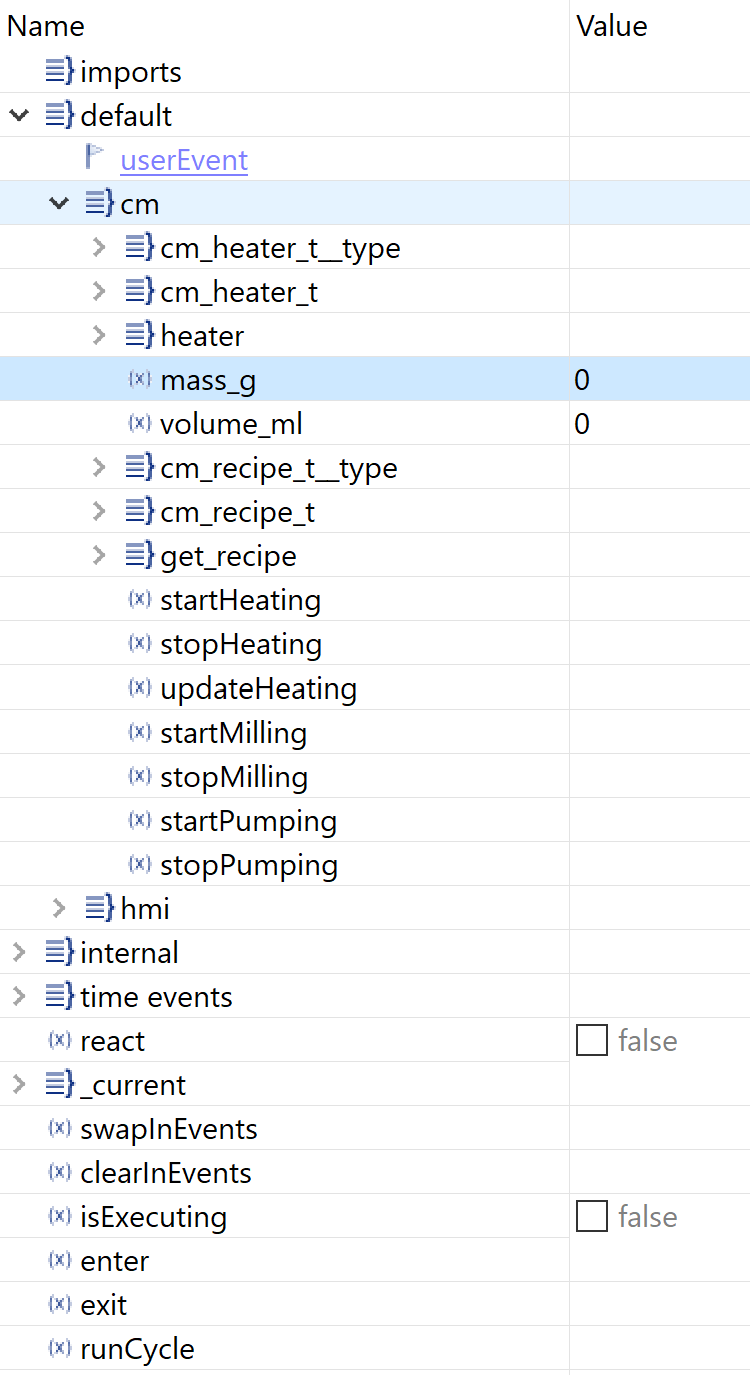 If you have changed the model you can generate state machine code by right-click on 'CoffeeMachine.sgen' and choose 'Generate Code Artefacts'. This will generate: