Demonstrates how to to generate Python source code from a statechart and use it on a Raspberry Pi (here: RP 3 Mod.B V1.2). 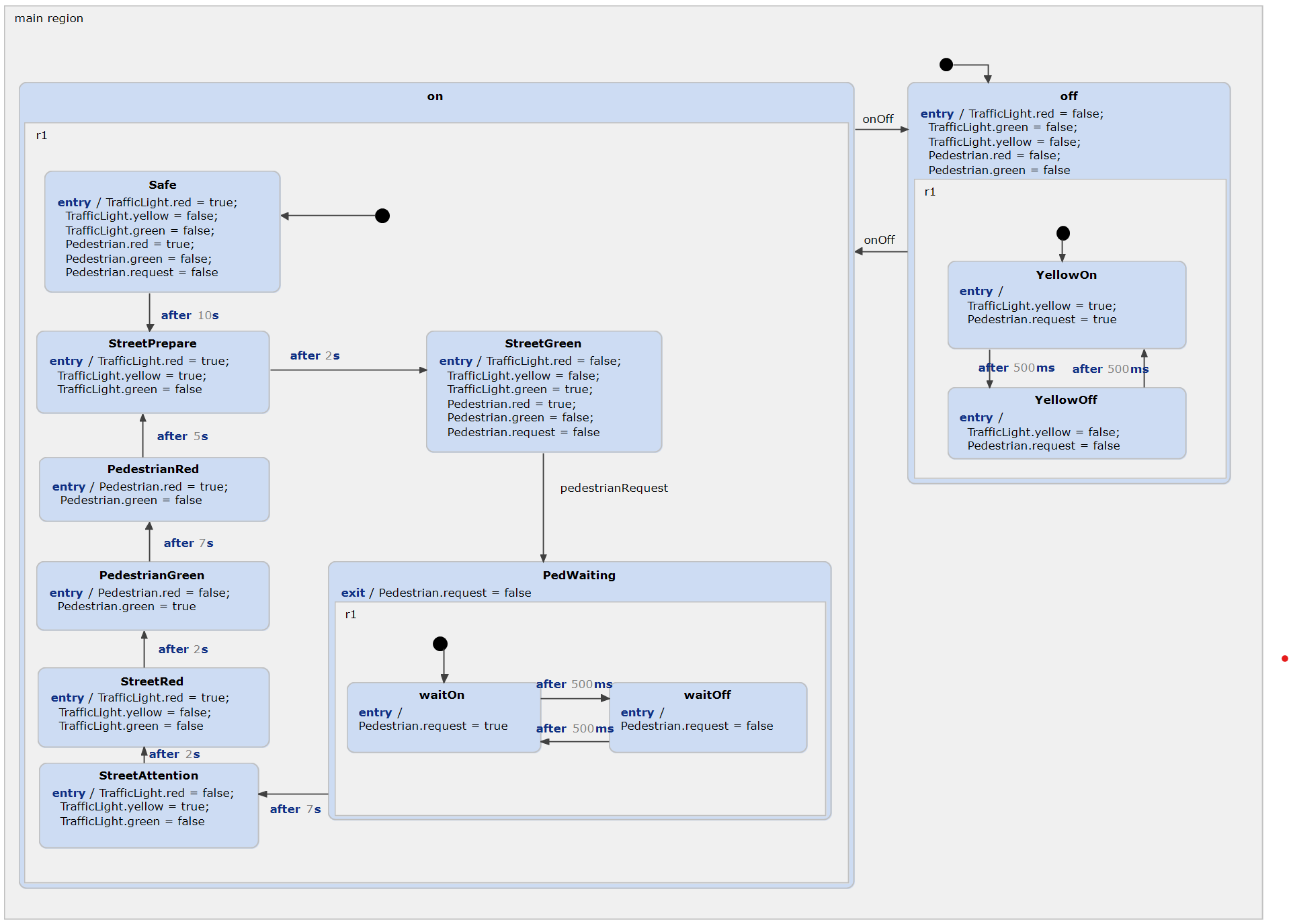 The traffic light example is based on Python and contains an API for the Raspberry Pi that demonstrate the state machine behaviour in /model/TrafficLightCtrl.sct. This example combines generated Python code with manual Python implementations (using an API). To generate the state machine code, right-click on /model/TrafficLightCtrl.sgen and select 'Generate Code Artifacts'.

To start the application you have two options. run src/traffic/light/TrafficlightDemo.java. For this, just right-click on the project and select 'Run As > Java Application'.

The implementation of the API is based on the following circuit (created with fritzing):